Tips for growing and caring for Bleeding Hearts

They can be grown directly in the garden or planted in large containers for gorgeous summer blooms.

They have beautiful heart shaped flowers in red

HOW TO GROW BLEEDING HEARTS

Bleeding Hearts like rich, fertile soil. Before planting, dig some compost into the area and mulch around the plants to reduce moisture loss.

In cool climate areas, they can be planted in a spot where they will get partial sun or even full sun if the weather is cool enough.

When do Bleeding Hearts bloom?

Bleeding Hearts flower from summer to fall but they may take a couple of seasons to bloom after planting.

How tall do Bleeding Hearts grow?

There are many different varieties of Bleeding Hearts that range from 1.5 feet (45 cm) to 3 feet (90 cm) tall.

The seeds can be scattered in the garden in late fall and they will sprout in spring when the ground warms up.

To propagate Bleeding Hearts from cuttings, take a 6 inch (12 cm) section of stem and trim off the lower leaves.

Place the cuttings in moist perlite or sand and roots will form in about 6 weeks.

The best time to take cuttings is straight after the plant has finished flowering.

Important Note: All parts of the plant are poisonous and can cause skin irritation. It’s a good idea to wear gloves and long sleeves when working with Bleeding Hearts.

The clumps will need to be divided every 2 to 3 years to keep them healthy and prevent them from growing too big.

Bleeding Hearts need to be watered regularly throughout the growing season, especially in hot weather. The soil should be consistently moist but not waterlogged. Adding a layer of mulch can help to keep the roots moist in warm weather.

Bleeding Hearts can be affected by slugs, snails, aphids and leaf spot.

After the plants have finished flowering, deadhead the spent flowers to tidy up the plant.

Once the foliage starts to turn yellow, the whole plant can be cut back to ground level.

Bleeding Hearts can be grown alongside other shade loving perennials like Astilbe, Hosta or Hydrangea

Can Bleeding Hearts be grown in containers or pots?

Bleeding Hearts can be grown in large containers with well-drained, rich potting soil. Perlite or peat moss can be added to the potting mix to improve drainage.

Bleeding Hearts prefer shady areas, but in cool climates they can be grown in a spot with full sun or partial shade.

Bleeding Hearts become dormant at the end of summer or early fall and reappear again in spring, so frost shouldn’t be too much of a problem.

A thick layer of mulch over the soil will protect the roots from winter frosts.

They’re great for shady corners of the garden and they don’t need much ongoing care.

Just be sure to keep the roots moist and deadhead the old flowers and they’ll reward you with their gorgeous blooms all summer and even into fall.

Have you tried growing Bleeding Hearts in your garden? Let me know in the comments below.

Are you on Pinterest? I have boards dedicated to Flower Gardening and Gardening Tips that you may enjoy. You can also find me on Facebook.

Hi, I'm Kelly Martin. I'm passionate about gardening and horticulture and I love growing just about everything including herbs, vegetables, flowers, succulents and indoor plants. I've been gardening most of my life and I created this blog to inspire beginner gardeners to create their own urban garden. Read more 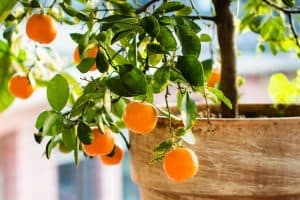 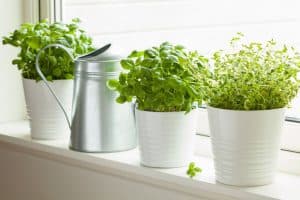 Close Menu
error: This content is protected
We use cookies to ensure that we give you the best experience on this website. If you continue to use this site we will assume that you are happy with it.OkPrivacy policy